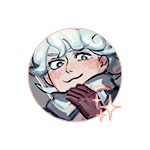 ☆ portrayal of bede from sword & shield.
☆ canon is very loosely. bede is aged up with development, so his personality will be ever changing with his character growth in the main verse.
☆ post swsh, timeline flexible.
☆ detailed/lit/crack.
☆ absolutely no lewd, aged up for character development only.
☆ selective.
☆ multi-ship with chem.
☆ dm for plots!
☆ dark themes will be tagged.
☆ ✨ is out of character.

bede faris was born from a kalosian and a galarian. his life from birth to six years old was nothing but normal. his parents were nothing but loving and supporting, since he was their first-born. he wished he could remember that much about them, but he can't. and on one fateful day of flying to kalos, leaving bede with a nanny for a weekend, they never returned.

most of bede's earliest memories stem from the orphanage. most of bede's earliest memories are filled with anger and despise. he was dropped off, like every other kid that was left there, and he watched, one by one, month after month, year after year, of children getting adopted and achieving that everlasting goal of " family. " he could never make any friends or connections, and bede gave all the workers and volunteers at the orphanage more trouble than it was worth. getting into physical fights with anyone he could get his hands on, but it was mainly with the other kids. no one seemed to be suffering as bad as he was, despite the setting. it was irritating, how everyone else seemed to deal and handle with their emotions. he couldn't wrap his mind around it.

until rose came along. chairman rose showed up when he was eleven, and gave bede the most hope he had ever felt in his whole life. to be picked by someone so special, and important, for someone of that level to even glance down at him had him finally feeling something of what he had been looking for. purpose.

rose gave him a pokemon. rose took him out of the orphanage and fostered him, but it was mainly oleana or their employees watching over him. bede didn't care. one, he was out of that god forsaken place, and two, he was feeling something after years of emptiness. there he spent years in trainer school, learning and mastering everything he could until rose decided to finally endorse him for the gym challenge.

bede getting dumped and disowned by rose would have sent him spiraling off of the edge if opal hadn't found him that day in hammerlocke. she taught him every trick in the book she knew (and she knew a lot, she's damn 88 years old). every corner and hill about fairy-type pokemon was shone to him. and with her guidance and a lot of therapy, he officially took over as ballonlea's gym leader when he was sixteen.

and that's what he's been doing ever since, mind focused on nothing but training, keeping his gym organized and making sure to not let opal down while making his challengers know who exactly they're up against. on the side, he's an anonymous donor to sending supplies that orphanages all throughout galar need.

those are his current priorities, and he's not letting those out of his sight.

☆ danny/dan, 23, he/him.
☆ i work constantly so i'm sorry for late replies. i try to bookmark my threads, but feel free to nudge me if it's been a while since i've replied to you.
☆ it's pretty hard to talk to people but i'm always up to thread/talk/plot! feel free to dm me anytime and i'll get back to you.